During your stay in Zorats Qarer B&B you are welcome to take daily tours with Doctor Suren, who also takes his guests out into montains and shares his admires of nature, hights, clean air... great powers and experiences of lifetime... 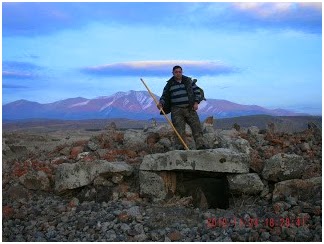 During your stay in Zorats Qarer B&B you are welcome to take daily tours with Doctor Suren, who also takes his guests out into montains and shares his admires of nature, hights, clean air... great powers and experiences of lifetime...

Read more »
Posted by Tourism Sisian at 7:00 PM No comments:

Visit to sightseeing of Gharabagh. During the visits tourists will be treated with traditional Armenian dishes (vegetables, asparagus, mountainous natural mushrooms, milk and meat products).


Through silk road to mineral (medicinal) springs. It starts from Aghitu monument, Vorotnavanq, Meliq Tang’s Bridge, village Shenatagh which is situated among mountains and is famous for its mineral medicinal springs.

Hiking to Tatev Through Forest


Visit to Tatev Manstry through forests. “Chapel Desert” is of special interest, in one corner of which a nut-tree grew. Thanks to its thick trunk the chapel hasn’t been destroyed. Vardan’s cross-stone and the so called ‘White Water’ cold spring can be seen in the forest as well. Getting to Tatev on foot, tourists may come back to guest-house Zorats Qarer by cars, waiting for them in Tatev. On the way back to guest-house tourists will be shown the so called Portaqar old rock-stone where women who suffered from childlessness were cured. 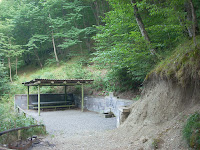 Renaissance hot spring, 30km far from town Sisian, 2200m above sea level, in the spring of Vorotan river, in the alpine zone.The water is warmish. The medical-laboratory inspections of water and natural mud, as well as the experience coming from many centuries showed that they have unique medicinal designation. It influences upon the nerve-muscle system which cures and makes people younger.

Posted by Tourism Sisian at 3:35 PM No comments:

Road to the Paradise - Ughtasar

Road to Paradise or to Ancestors’ Message Ughtasar.  One of the rock image seems to depict Adam, Eva and apple-tree. The versions of the origin of rock image.  stones.es are quite different.  According to one of them, the information on human extraterrestrial origin from other civilizations is fixed on one of the stones.


Vardan Zoravor (The worrier) shrine and historic-architectural monuments of Angeghakot. Angeghakot is situated 15km west to town Sisian.People used to visit the shrine of Vardan Zoravor for centuries, make offerings to God for thanks to Vardanants war Armenians could keep their religion – Christianity. The cross-stones are spread throughout the territory of village  Angeghakot and that is why people call it “Cross Garden”.

Read more »
Posted by Tourism Sisian at 2:59 PM No comments: